PC Reliance is a piece of software produced by SirsiDynix and is used for off-line circulation when performing an ILS upgrade or if the ILS is going to be down for a prolonged period of time.  Horizon based libraries have been using this for at least 10 years and the last update for the software was in October 2008.  Under Windows 7, it did not require any changing of the driver default settings.  However if you are running Windows 10 you will have to reconfigure the driver software in this case an Epson TM-T88V.

Going with the default install setting on the Epson TM-T88V, the receipt printer works fine for all applications.  Vend, Horizon ILS Client, notepad, etc.  as shown below. 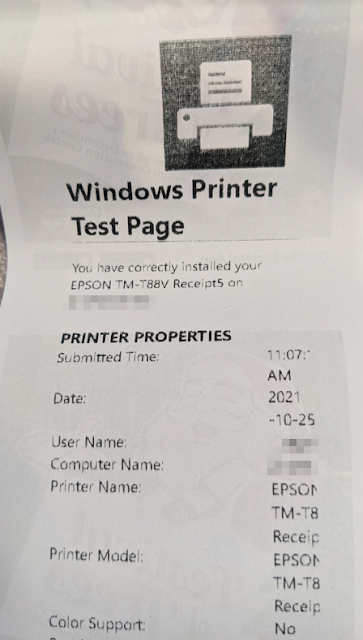 When you open PC Reliance you don't have many options to configure below is a look at the GUI; and a item put in for checkout so we can do a test print. 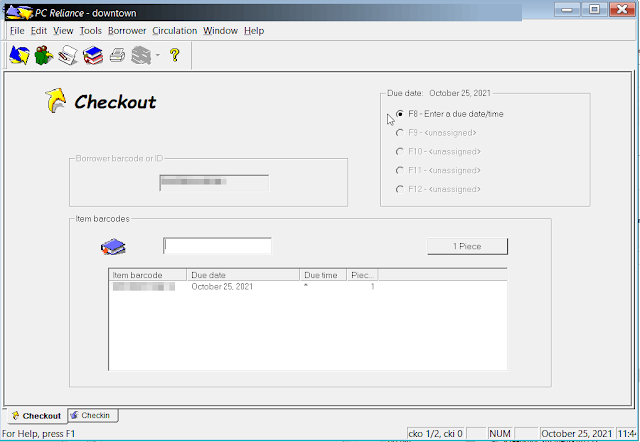 However when you try and use PC Reliance you get this when you print the reciept. 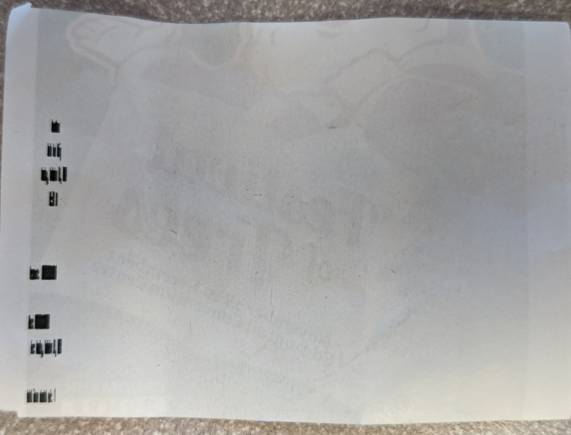 The fix is to change the setting on your receipt printer.  Go to your printer right click and select printer properties 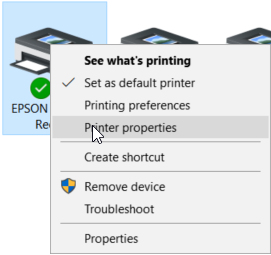 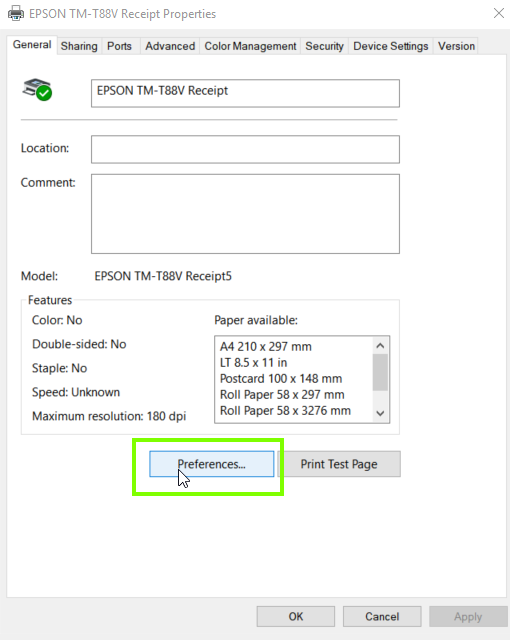 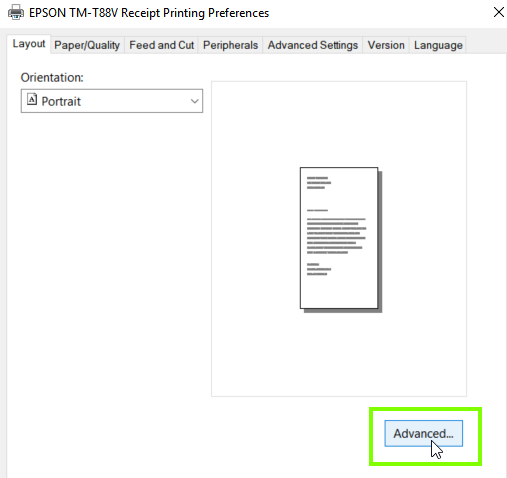 By Default, the settings are as follows 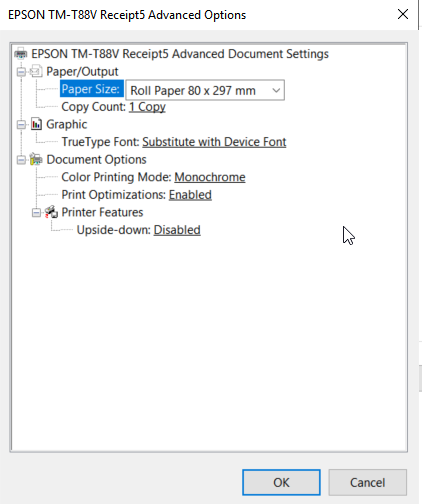 You need to change them to the following:

TrueType Font: Substitute with Device Font (Not required to change) 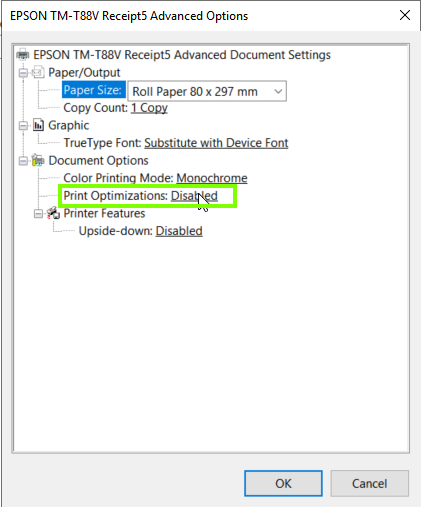 Once that is saved and enabled, your receipt will now print properly. 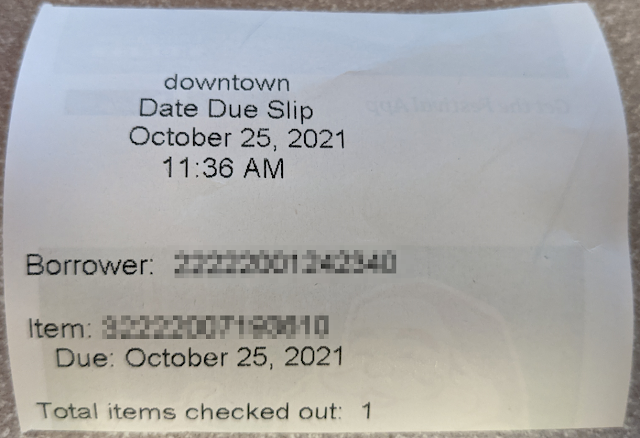 With apple's iOS 15 update, I found I had some issues to fix with some of our organizations iPads, specifically because they are only 16 gb versions; they were out of space.  Also with the pandemic the Push cert was not kept up due to the systems being off.  Resetting and reformatting the ipads ended up being required.  Now these ipads were store bought ipads and not directly purchased from apple; which complicates things.  That caused the ipads to no longer connect to the Meraki MDM due to the bad push certificate and when I tried to re-add them using Apple Configurator 2, I got the invalid profile error. After a lot of pain and troubleshooting, I had managed to make some progress on getting these ipads re-set up on the Meraki MDM.  After updating them to iOS 15.0.2 I ran the apple configurator which put them in the Apple Business Management center, but would not configure the ipads for use with the MDM.
An issue that I also found which was causing me some of the grief is these ipads were somehow added to an icloud account, which I need to be removed before I could continue.  After removing the ipads from the iCloud account, I setup the ipads for automated enrollment thought Apple Configurator 2.  Doing this put the ipads into Apple Business Manager but still would not configure the ipads to use the MDM with the push certificate.
I thought I would try and add them to the Meraki DEP, which I was able to do but this did not help me with getting the ipads setup to be used and updated with the push certificate.  What ended up being the solution was resetting all the certs (again), and setting up the ipads for just supervision with no MDM.  After the iPads were Supervised I was apple to add them to the MDM using Safari and the MDM web link.  I also had to remove the education configuration part of a profile configuration 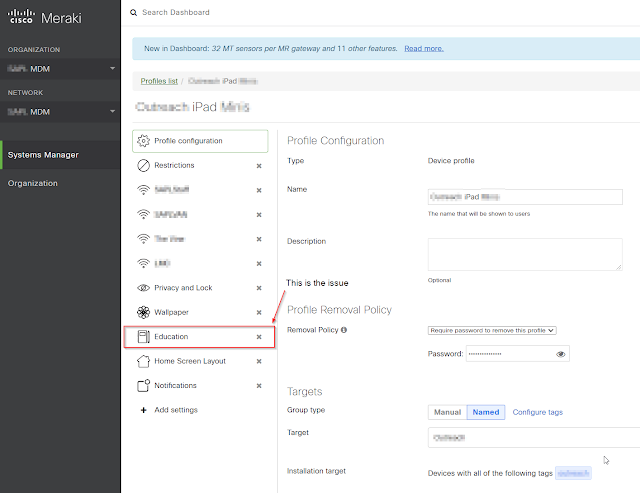 I thought this was odd but it was causing the following two errors in the Meraki log which you can see below.

Error: The payload “Your Meraki iPad Profile” is invalid.

Ultimately I re-did all the certs between apple business manager and Meraki
Then I removed the education part of the profile and setup the ipads as just supervised devices with no MDM having to add them manually after.   This worked and got the ipads back up in working order.
Connect the ipads to your mac and open Apple Configurator 2 and select the ipad or ipads and select the Prepare 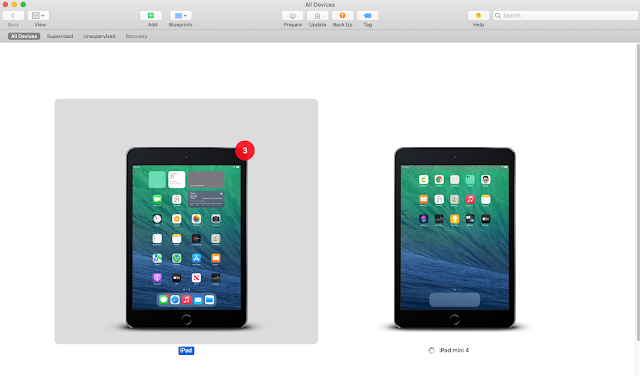 Select Supervise devices and allow devices to pair with other computers. 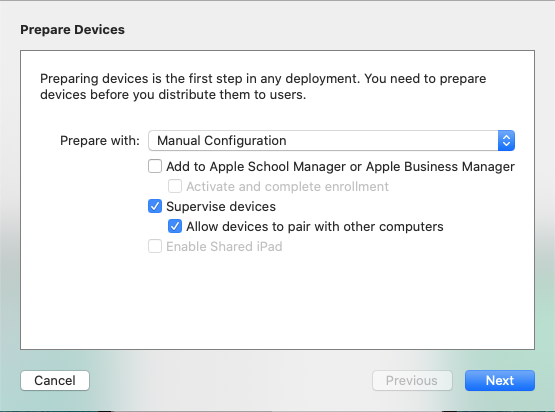 Select do not enroll in MDM 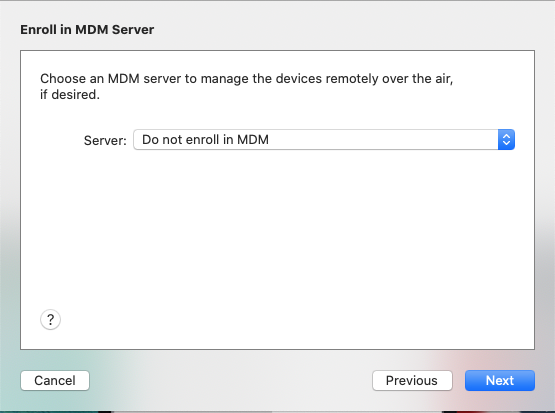 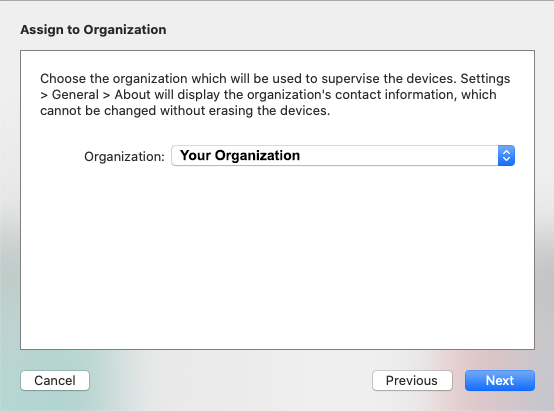 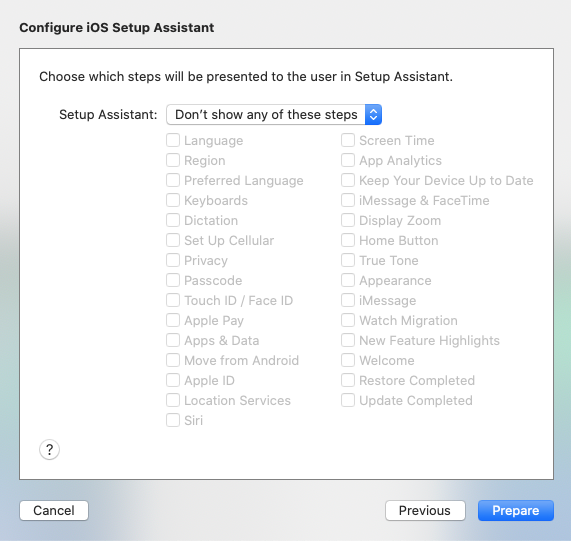 After the ipad has been supervised, the ipad could be connected to the internet.
Once the ipad was supervised, the wifi screen shows up and when connected can then be joined to the MDM by the enrollment URL/Link.  You must use safari to connect to the MDM.
I was able to use safari get to the enrollment URL/Link to join the MDM and the profiles were applied right away.  However before you do if you have apps that you will want to use that were purchased on a specific profile you will have to sign into the ipad with that account before loading the MDM.  Otherwise you will lose access to those apps. 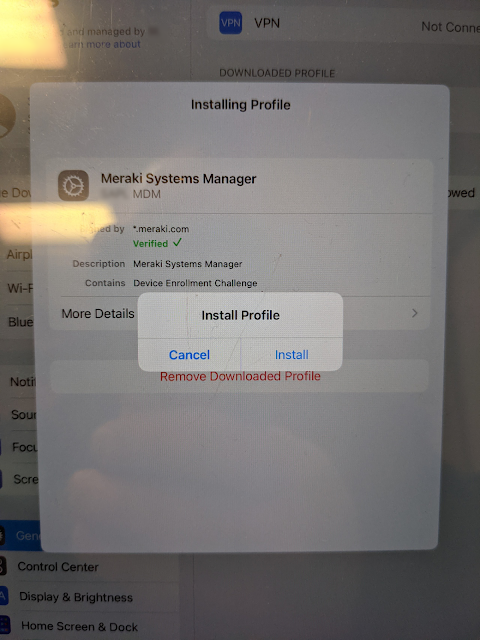 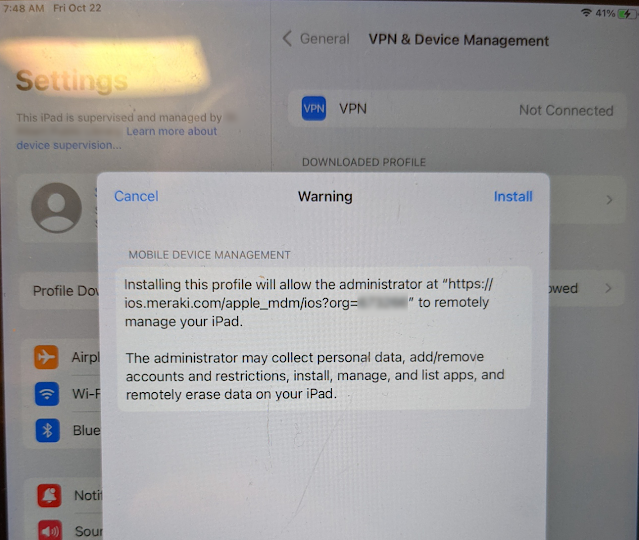 Trust the certificate from the MDM 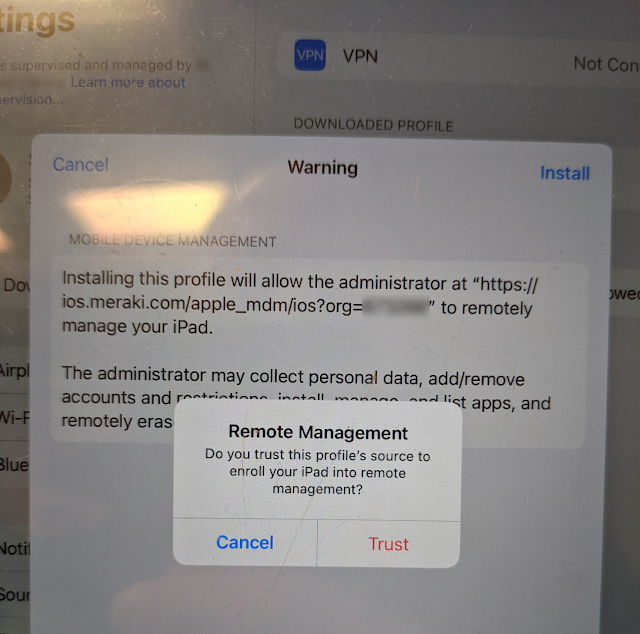 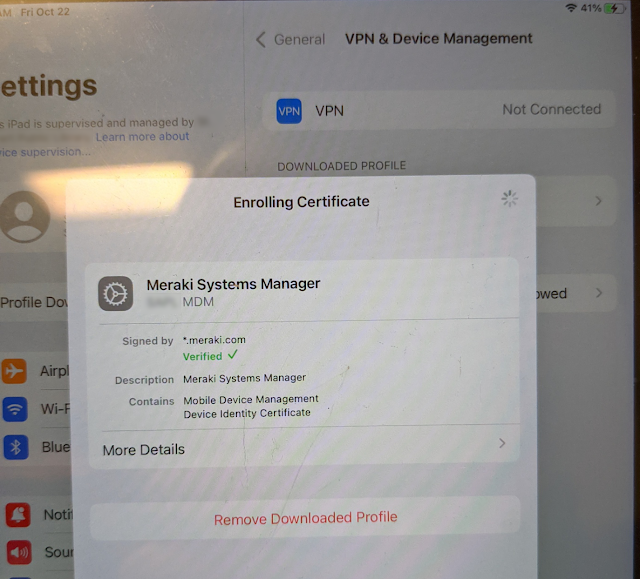 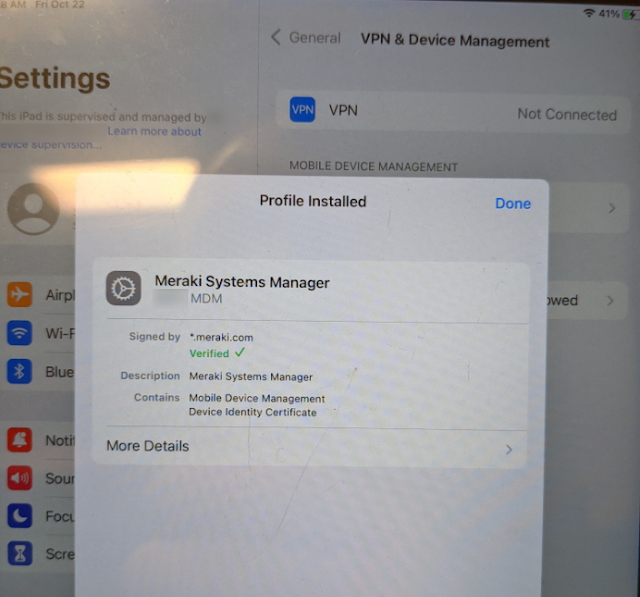 Once the profile is installed, the ipad will start reconfiguring to what you have setup for the profile on the MDM. 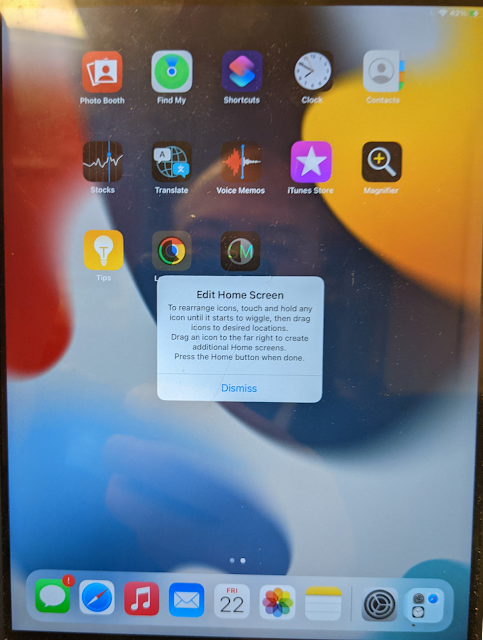 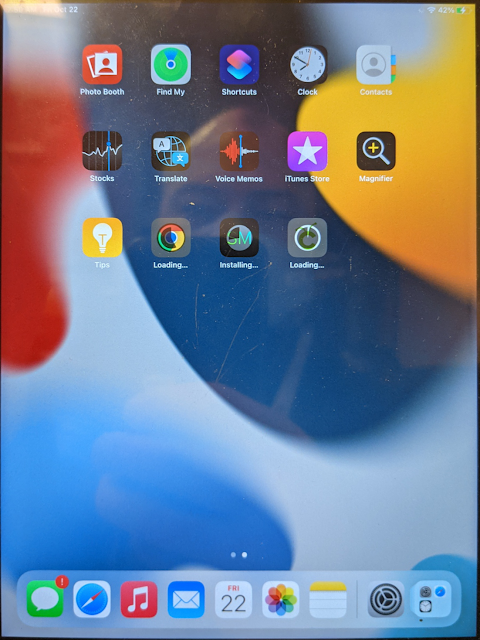 to get the devices setup.  Once that was done.  I used apple configurator to just supervise the devices.  Then I used safari to add them to the MDM.  Once there I was able to set them up as before in Meraki, adding and removing profiles as required for apps.

I found an interesting issue that happened on Microsoft Edge version 94.  Vend is setup as a cash register on a touch screen windows 10 machine, and is running in Kiosk mode, when all of a sudden printing stopped working.  Now to make edge waste as little paper as possible all margins, were disabled and to skip the page setup option that is enabled in chrome based browsers.  The issue with chrome is if you skip the page setup you end up printing the header and footer wasting a good 4 inches of paper tape, when you open the cash drawer.  Edge was able to bypass this using Kiosk mode and the following registry key.
It is located Computer\HKEY_LOCAL_MACHINE\SOFTWARE\Policies\Microsoft\Edge
The registry key to bypass the print preview in edge kiosk mode is
UseSystemPrintDialog  which is a dword 32bit and has a value of 1 or 0.  To do the page setup bypass the value was set to zero but since edge version 94, having the value set to 0 crashes edge printing.
https://support.vendhq.com/hc/en-us/articles/201378390-Enable-kiosk-silent-printing-for-Google-Chrome-on-Windows-Video- 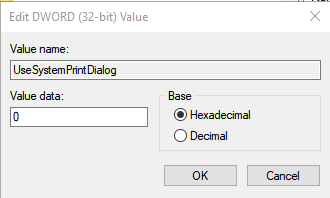 With the edge updates you get the following error when you try to print a receipt or open the cash drawer with UseSystemPrintDialog enabled. 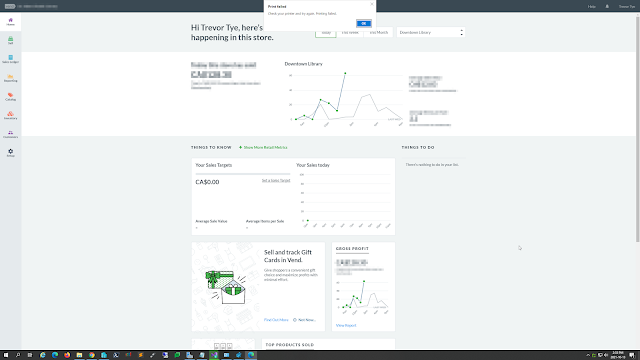 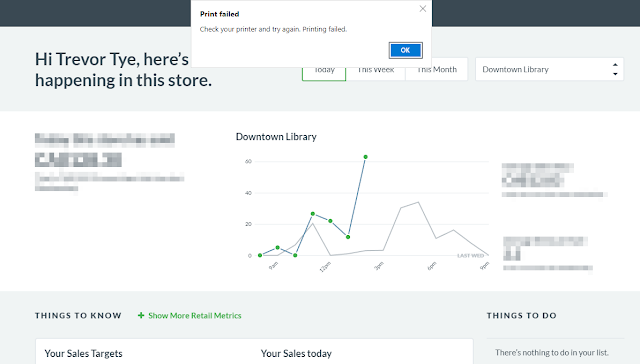 Disabling the registry key allows the printing to continue to but is a two step process where the print preview is shown.
Unfortunately, I haven't been able to fix the issue in edge in kiosk mode so I had to switch to chrome.  Using the kiosk flag, It does print without the print preview showing up but when you go to open the drawer it now prints about 4 inches and displays the header and footer, which using edge resolved.
"C:\Program Files (x86)\Google\Chrome\Application\chrome.exe" --kiosk https://stalbertpubliclibrary.vendhq.com/signin/ --kiosk-printing --enable-print-preview
I've also tried the @page{margin:0px, auto;} to get rid of the header but that has not worked out.
For edge a I have a similar setup as chrome.  I hope the fix for this comes soon.  In the meantime the register will have to be using chrome for now.
Below is the browser setup for edge kiosk.
"C:\Program Files (x86)\Microsoft\Edge\Application\msedge.exe" --kiosk https://stalbertpubliclibrary.vendhq.com/signin/ --edge-kiosk-type=fullscreen --kiosk-printing
For more information on the changes to Edge's kiosk mode you can find that at
https://docs.microsoft.com/en-us/deployedge/microsoft-edge-configure-kiosk-mode
- October 15, 2021