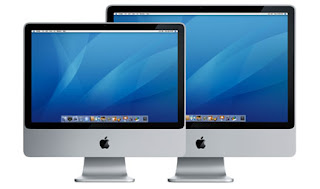 I was asked to setup a laptop for a local food bank and while the laptop was a good idea to setup some concerns arose about how to secure the device and whether a newer laptop was the best choice based on the needs for the food bank which is a large screen, windows 10, and microsoft office.  Now given the requirements there were a couple older iMacs around that I had upgraded with solid state drives.  We had a early 2008 iMac with 4 gigs of ram and an early 2009 iMac with 8 gigs of ram.  The clients for this project originally requested laptops for the space.  However since none were available and given the nature of the use case (web surfing and documents) I thought it would be a good idea to use a older iMacs that were available.
Setting up the 2009 iMac was relatively easy, enable bootcamp, and restarted the computer holding down the option key.  I did have to use a USB DVD Drive to get boot camp to complete the process and ask for a reboot but when it did I selected the Windows 10 boot device and installed windows 10. 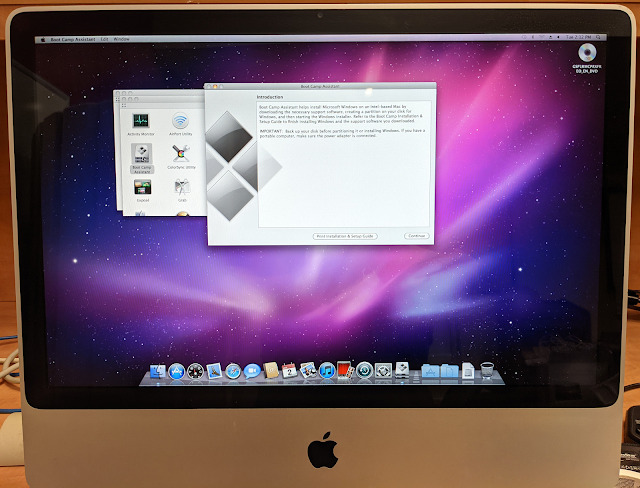 When you have your Windows 10 ISO mounted; check your Mac to see if you need a 32bit or 64bit version of windows and a 8GB USB Drive formated to FAT32 with a MBR record, run Bootcamp.  It is located in Applications -> Utilities. 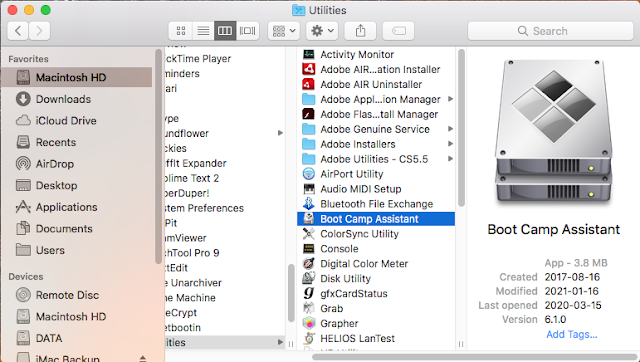 You will then get the following screen and it will download and format the flash drive with the windows drivers for your version of the mac. 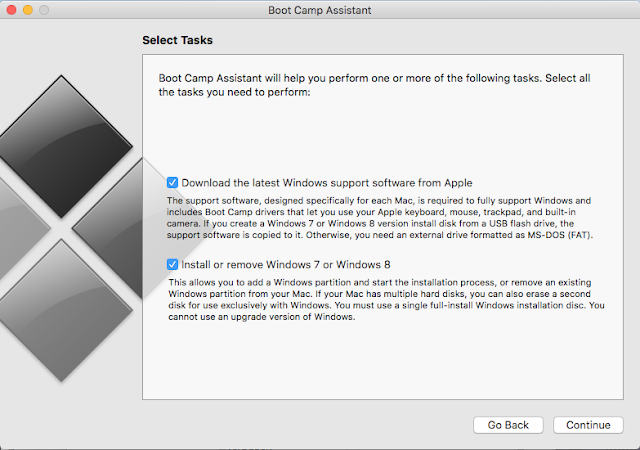 Make the selection of the disk as shown below.  The disk will have to be formatted as a FAT32 (MBR) disk for the Bootcamp tools. 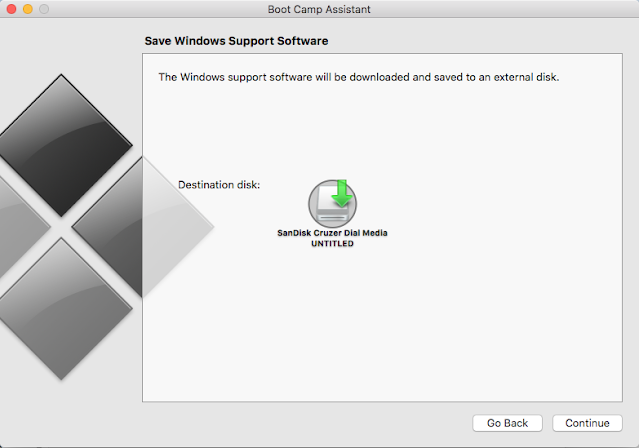 Once created, the system will then partition your Mac OS Drive (a safe bet is to go 50/50 for the Windows/Mac OS partition) 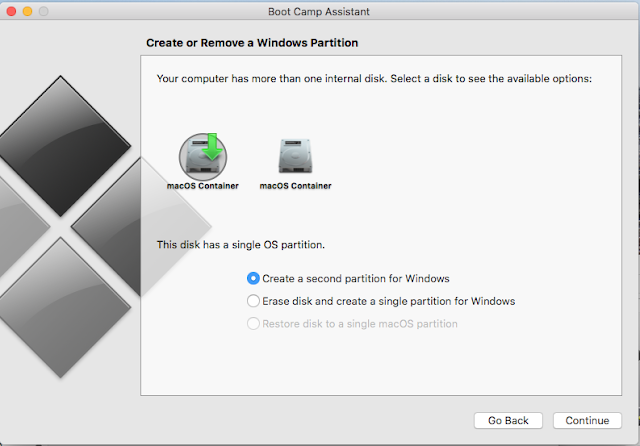 However getting the 2008 iMac setup was much more challenging.  I did the same process to setup windows 10 as I had done on the 2009 iMac and the system would freeze trying to boot off the usb drive. 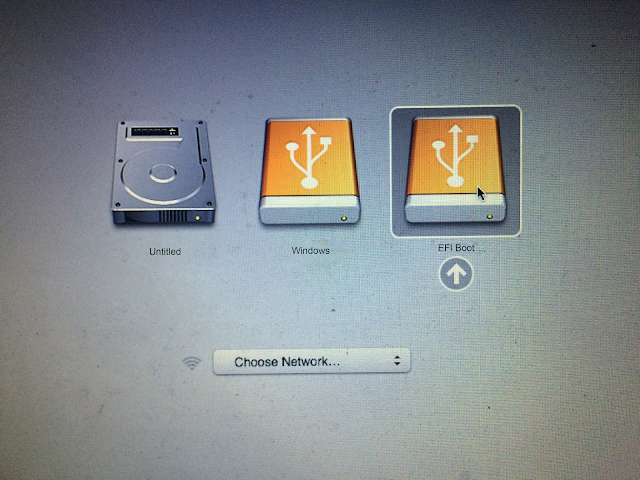 So then I setup a usb dvd drive using a SATA to USB Adapter and it worked fine for the 2009 to recognize and boot off of but not for the  2008 imac, the only thing it would boot off was was a snow leopard DVD. 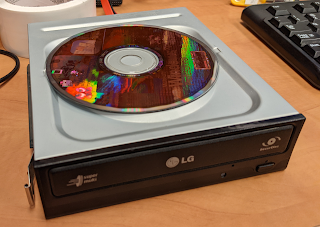 Every Windows bootable disk, xp, vista, 7 would not boot, it would show in selection menu but would give no  bootable devices found error. 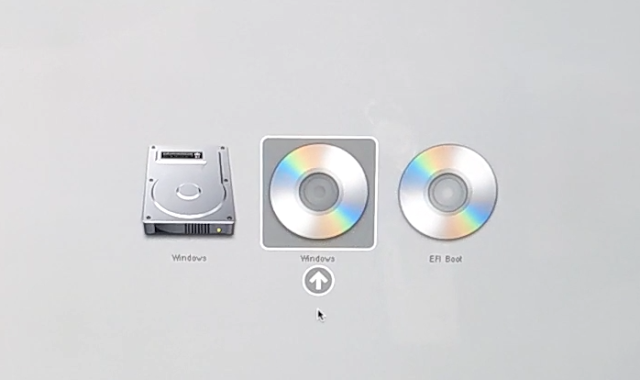 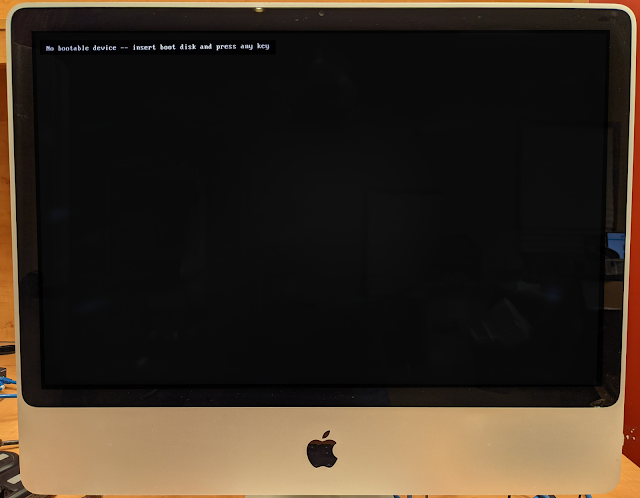 Even this Samsung USB DVD drive, it would also only boot the snow leopard disk until I switch out the 7 pin USB cable.  Once I did that all windows disk would boot.  I was then able to install the 64bit Windows 7 DVD as I had no dual layer disks of the Windows 10 installer. 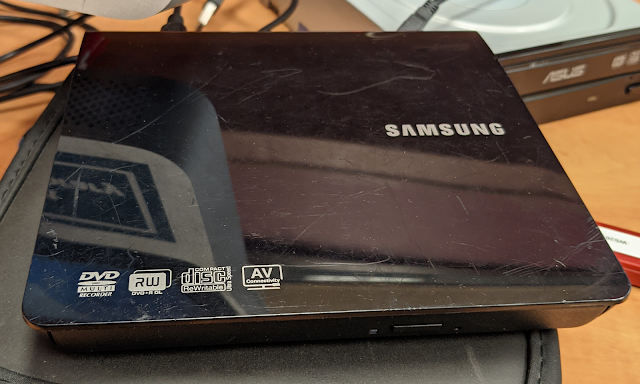 With the 2008 iMac, once I got Windows 7 loaded and activated the key, I loaded chrome, then downloaded and ran the Windows 10 upgrade. 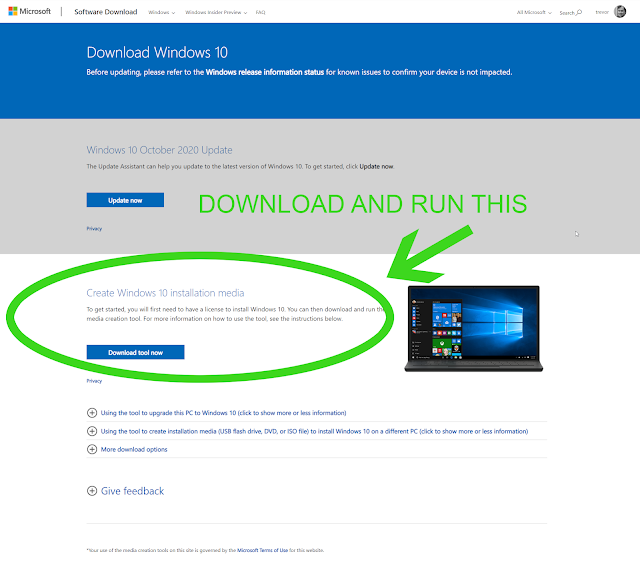 <!-- IMPORTANT THIS WILL NOT WORK UNLESS YOU HAVE WINDOWS 7 ACTIVATED or a VALID WINDOWS 7, 8 or 10 KEY!! --!>
With Windows 7 being activated the upgrade wizard went though and took it's sweet time but it did upgrade the windows install and rebooted to the Windows 10 Install Screen. 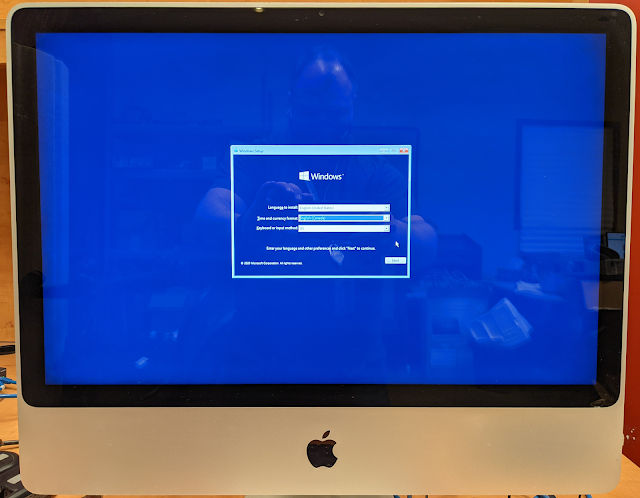 Once I was done with the install wizard, everything went just great, and we eventually got to our Windows 10 Desktop. 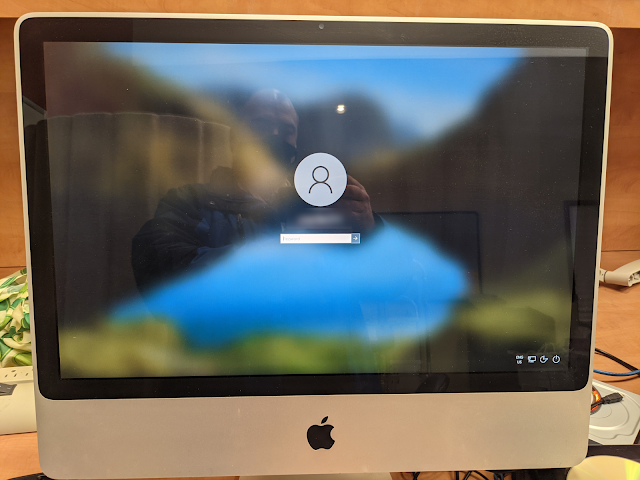 The Windows 10 install seems to work best with the generic windows drivers, trying to install the NVidia driver or the bootcamp driver caused the system to require a reset.  However this core2 2.8Ghz 4GB Ram and 120GB SSD mac seems to be running windows, office and the web browsers just fine.
- March 11, 2021