I like meraki switches, they are easy to manage, troubleshoot, and diagnose problems.  However one issue that recently occurred; which was quite odd where a switch in my meraki stack was showing ports as being blocked but were not.  As shown in the image below, Ports 3, 4, 14 and 18 were showing as being disabled.

I reboot the switch (off hours of course!), tried changing ports for connected devices, changing RTSP and STP settings and it did not resolve the issues the switch was having.  The switch continued to show with the rtsp forwarding was disabled on certain ports, stp discards and the dashboard display would not update.  Though some ports did show rtsp forwarding properly when viewing the details some ports are stuck in a disabled state such as port 18 on the diagram above.

What did fix the issue was rebooting a root switch.  As shown in the diagram below, I have the firewall going to a 1U switch, but then I have that switch going into a Meraki Stack. 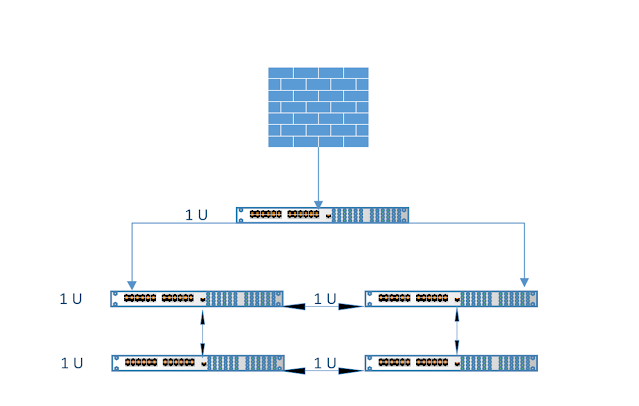 I rebooted each switch in the stack one at a time, but it didn't fix the issues with the switch in the stack.  When I rebooted the root switch connected between the firewall, and the stack and the troublesome switch had updated it's dashboard and the non-working ports in the switch started working.  Since meraki switches are pretty integrated it could be a pathing issue was resolved with the reboot of the root switch (even though technically in meraki software display the root switch was another switch).  Having a defined layer 3 setup might have prevented this issue; as for now if your are encountering this kind of issue follow the pathing up the chain and out to the internet rebooting any switches that are along that chain.

How to upgrade your linux server

How do you do an in place upgrade on a older Linux Server and why would you want to.  Well why you would want to is obvious, security patches, and giving longer life to the server on the newer software; that is a good reason.  With browsers being constantly upgraded, along with security issues being found every other day it seems, staying up to date is just a good idea.
So how do we stay up to date?
Typically, if you have been staying up to date you will eventually get prompted to do an upgrade to an newer version of linux at some point.  All the following commands will need to be run as root (sudo).

sudo apt-get update
Downloads package information from all configured sources.  Running this command keeps your package information up-to-date
sudo apt-get upgrade
This command only upgrades.  The upgrades are only upgrades available to the platform, as defined in /etc/apt/sources.list or in /etc/apt/sources.list.d/.  This upgrades your packages, not your OS and it will not remove packages.

sudo apt-get dist-upgrade,
Intelligently installs or removes packages as needed.  This command has a smart conflict resolution system.  The system attempts to upgrade the most important packages, at the expense of those deemed less important.  This command will also delete software if it is required to complete the upgrade process.
sudo apt-get autoremove
Removes packages that were automatically installed because another package required them but, if they are no longer needed this command removes them.
sudo apt-get autoclean
Clears the local repository of retrieved package files, but it only removes files that can no longer be downloaded and are virtually useless. It helps to keep your cache from growing too large