Setting up a site to site VPN on PFSense using OpenVPN

How to setup a site to site VPN on PFSense using OpenVPN.

The organization I work for is expanding so we investigated if it would be possible to get a fiber connection to our head office.  Fortunately that is not possible so we went with business level internet with a static IP on Telus Fiber 300mbps (we need a good up stream).

Which means we need a VPN (Dramatic sound effect).  The last time the organization did a VPN it did not go well, the connection was slow, laggy and barely functional (I think it was mostly the internet connection - we resolved it by using RDP).  However that was then and this is now.  I was asked to see if we could get something going using PFSense, since I setup the OpenVPN server for our client remoting, and it has worked really well, I looked into using OpenVPN for a site to site.  Lawrence Systems has a great video on how to do this as did Crosstalk solutions.  I used both for reference as the network I was working with wasn't a typical setup.  This post I hope will be useful for those trying to do a site to site VPN from a satelite/branch location and having to communicate with the main location.  Below is a overview diagram of how this essentially works.


In PFSense the server part for you main/master location is very simple to setup.  You essentially have to setup 3 main things.


I recommend using all default settings here and adjusting after the fact.  Depending on your system and adjusting them after you have the connection established if you require more security.

The IPv4 Tunnel network need to be the same ip range on the client firewall as the server firewall.  It is the virtual network that allows the traffic to go from the firewalls to transverse to the other locations networks

You can put any custom configuration here increase your logging level for troubleshooting.

WAN: - The protocol should just by udp ip4 with the source coming from your public IP provided by your ISP and the port number you have set to use on your firewall for the openVPN server

OpenVPN: - is typically left wide open unless you want to lock it down yourself.

For the client on the other hand there is a bunch of setup that has to be done, especially if you want to reach other networks.

Setup an OpenVPN client in PFSense

The IPv4 Tunnel network need to be the same ip range on the client firewall as the server firewall.  It is the virtual network that allows the traffic to go from the firewalls to transverse to the other locations networks

The IPv4 Remote network is the network you are trying to reach on the other side's firewall so since this is the server setting, we want to put the ip network of the client firewall we are trying to reach. In this case as with the overview diagram 192.168.1.0/24, which is the network at the main office.  If you have more then one network you want to reach add a comma to the remote networks such as 192.168.1.0/24, 172.19.4.0/24 and if you have the firewall/nat rules in place you should be able to reach both networks.

On my client firewall I am using DNS resolver, which allows me to specify specific domain lookup servers.  My DNS resolver is setup to use DNS over TLS, so I added a domain override for domain specific lookups for my specific domain.  This is especially useful in an active directory environment.

Again you have to ensure firewall rules are setup for your client firewall much like your server firewall to allow the OpenVPN traffic though to the proper networks.

WAN: - The protocol should just by udp ip4 with the source coming from your public IP provided by your ISP and the port number you have set to use on your firewall for the openVPN server

OpenVPN: - is typically left wide open unless you want to lock it down yourself.

Installing Apache Tomcat for use with Bibliocommons

How to setup Apache Tomcat for use with Bibliocommons.

I will be pulling form a number of resources if you want to see the referenced Bibliocommons document to can click here.

However you will in a login to view the document.  We will need a few items before we start.  The apache-tomcat server provided by bibliocommons which is located as an attachment to the end of their documentation https://partnerportal.bibliocommons.com/hc/en-us/articles/202340244-Installing-Tomcat-UNIX-Systems- .

We are going to use Microsoft Hyper-V for running this server.  So before we begin, you will want to open 3 types of ports and restrict them to come from the Bibliocommons IP range.  So for the purposes of this documentation we are going to say 53093, 53094, 53097

Setup and install your Linux server on Hyper-V.  I am using Ubuntu 18.0.4 LTS.  For the purpose of this documentation, we are making the VM dual processor with all Integration services enabled, we have changed our secure boot to be a Microsoft UEFI Certificate Authority, TPM enabled and processor compatibility is checked.  We will also be using a static IP for this install. 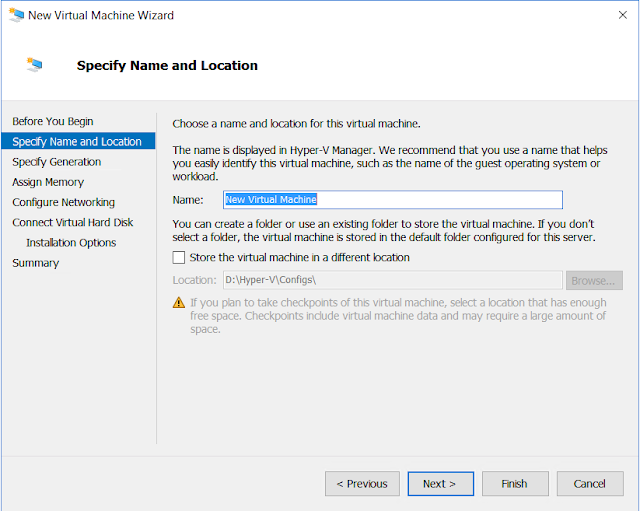 For the purposes of this documentation, the IP address doesn't really matter but it will need internet access to get updates and add the ZIP and Java Package.

There are a few additional items you will want to install for your linux server.  In addition to powershell I installed UNZIP, and Java 8 default repository and from Oracle.  After installing your linux server download and install the Bibliocommons Tomcat installer.  I downloaded it to my Desktop and SCP it to my linux system.  To get the Oracle versions of Java you will need an oracle account. https://www.oracle.com/ca-en/java/

export JAVA_HOME=/usr/lib/jvm/jdk1.8.0_221, we can verify the java variable by typing echo $JAVA_HOME

When we see that our JDK Path is /usr/lib/jvm/jdk $Version (in this case 1.8.0221) we are good to go ahead and set our JAVA_HOME Variable

Next, create a new tomcat user. We'll make this user a member of the tomcat group, with a home directory of /opt/tomcat (where we will install Tomcat), and with a shell of /bin/false (so nobody can log into the account):

Add out user to the tomcat group

Give tomcat ownership of BiblioCommons

the user owning the folder bibliocommons will be tomcat.

Then you can execute

sudo chmod u+w bibliocommons folder to add the write permission to the username for the user you want (such as administrator).

But if you want to add this user to the group associated with "bibliocommons", you can run

to add the write permission to the group.

Now that our tomcat user is set up and any users we created to manage the tomcat service have proper permissions, let's download and install Tomcat.

The default ports Tomcat uses are 9003, 9004 and 9007. If you know the default ports are already in use by other programs on your system and need to change them to ones that are not, open the following file with a text editor to find and replace the default ports: /conf/server.xml. 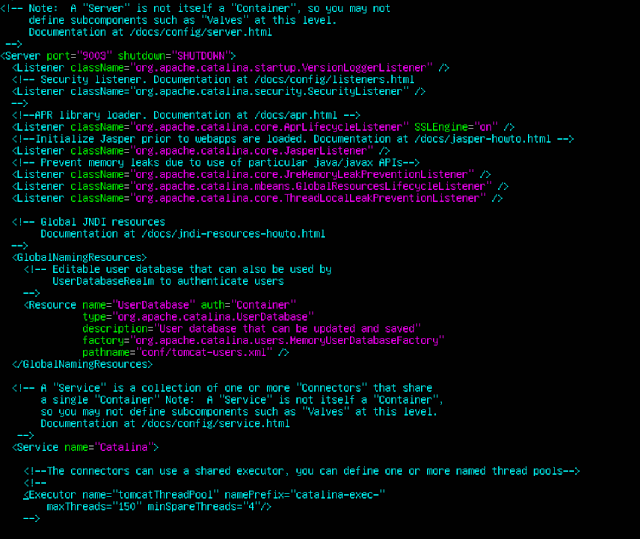 Note that you must pick a distinct port for each of the port options and let your BiblioCommons Project Manager know of any change in the SSH Connector Port which is 9007 by default.

Please note, while the BiblioCommons Tomcat installer opens port 9007 labelled as the "SSH Connector Port", its actually the HTTPS port our application servers use to communicate with your on premises Tomcat instance. The labeling of that port is incorrect. 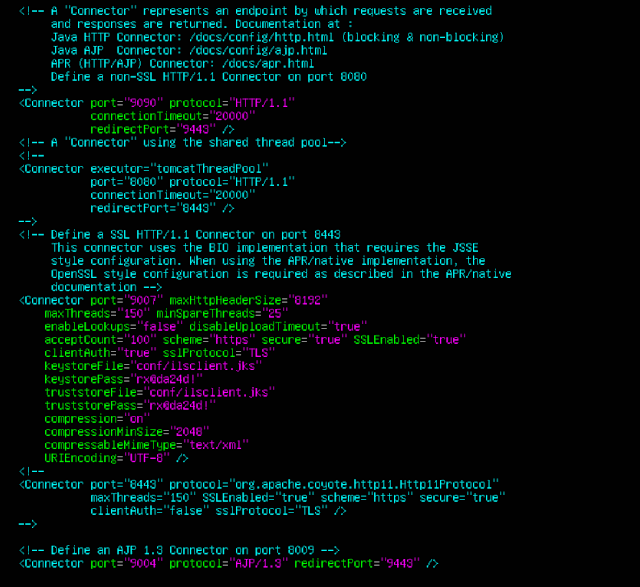 Open the following file with a text editor: /bin/setenv.sh. Inside the file, uncomment the appropriate line for CATALINA_OPTS by following the instructions within based on the amount of population served. Also, update to be the absolute path the the JDK installed as described in the Software Requirements section of Allocating a Server in Your Network, such as /opt/Java/jdk1.7.0_55.

If you have not already done so, create a directory called BiblioCommons on your system and then create another one called Connector_Support inside it. For example, create the directories for the path /opt/BiblioCommons/Connector_Support. Please make sure the user who starts Tomcat has read, write and execute permissions for these directories.
Sudo chmod +rwx “Directory”

Open the following file with a text editor: /lib/connector.properties. Inside the file, update so that config.path is equal to the path to the Connector_Support directory you have created.

Finally, start Tomcat by running /bin/startup.sh and verify there is no error.


With Wget, you should see the following:

With cURL, you should see the following:

Please let your BiblioCommons Project Manager know if these messages do not appear.

If you want to verify tomcat is running you can edit the server.xml file and un comment out

Once that is done, stop and restart the tomcat server. This will allow you to verify that tomcat is working 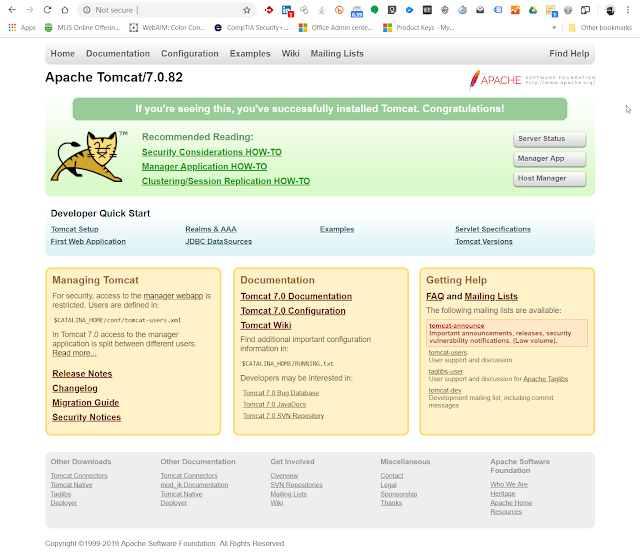 Once you have installed Tomcat successfully, you will need to set up Tomcat to start automatically on server startup. This is critical to ensuring service recovery in the event of server issues or regular server maintenance.

The process for setting up Tomcat to start automatically varies by operating system and distribution. Some common distribution instructions are outlined in the article below. Please consult the documentation for your OS for exact steps for your case. In this case we are using Ubuntu Server 1804LTS so we going to call this bibcat.sh and place it in the /etc/init.d folder

The following is a startup script that can be used on Linux based systems:

Ensure to chmod the script so that the root user can execute it (most likely 755). You can test the script directly by running it with the start and stop parameters (as sudo).


Please note that ~/.bash_aliases file only works if the following line presents in the ~/.bashrc file:

Are above lines are missing in your ~/.bashrc file? Just append at the end of the ~/.bashrc, using a text editor such as vi/vim or joe.
vi ~./bash_aliases

Alias bibcat=’/etc/init.d/bibcat.sh’ (this is the path to your script)

to activate the aliases 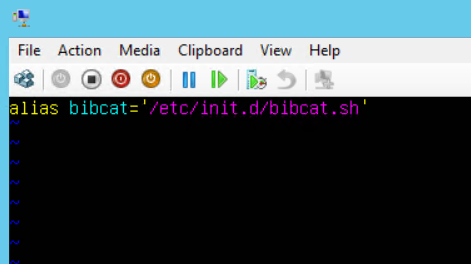 Type the command crontab -e
Then add the line below
@reboot /etc/init.d/bibcat.sh start
Save the file and exit
Then add the rules to your firewall to allow bibliocommons to access the server.

Be sure to make sure your timezone is setup correctly, if you don’t it will interfere with your bibliocommons records sync.  Since we have no GUI we need to change the files in the terminal.


Path Alias for starting and stopping the service
https://partnerportal.bibliocommons.com/hc/en-us/articles/202340504