An easy and safe way create an administrator account when non-exists on MacOS is to boot into single user mode and mount the OS drive. We actually want to delete a file called the .AppleSetupDone file located in /var/db. This will cause the user wizard to run again where you can create any kind of account again after you exit or reboot out of single user mode including an administrator account.

Here are the steps:

Veeam licence error when trying to replicate or backup

My organization uses Veeam as our main backup utility.  It really is a great piece of software but it does have some quirky things about it as everything does.  I do think though this is a bit of an outlier to be fair.  I have 2 production servers that need to be release and support was no longer available for it.  We were hoping that they would last until early next year but the main production server just had one of it's drives in a RAID 10 die so we decided to fail everything over to the backup server and make that the production server.

After permanently failing over the virtual servers, I was trying to setup a new replication job to make the production server the backup.  I reverse my source and destination for my backup jobs, and tried to run my backups and replication and was getting an error. 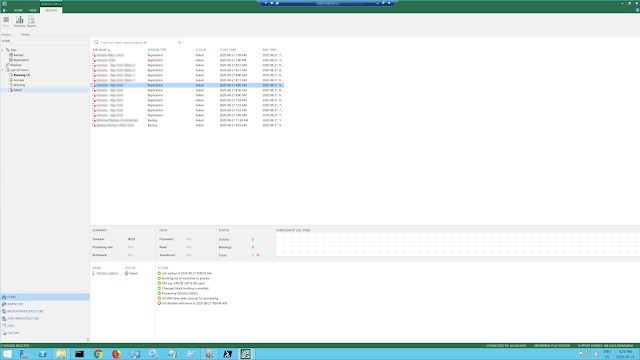 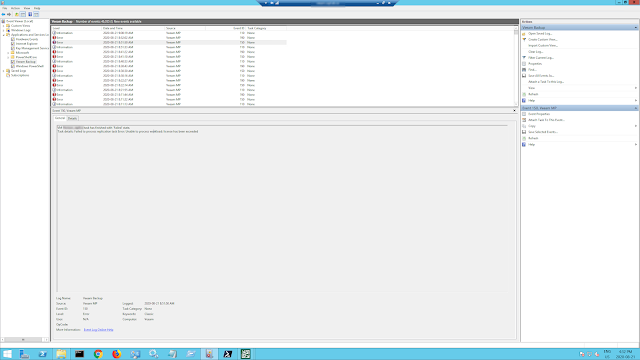 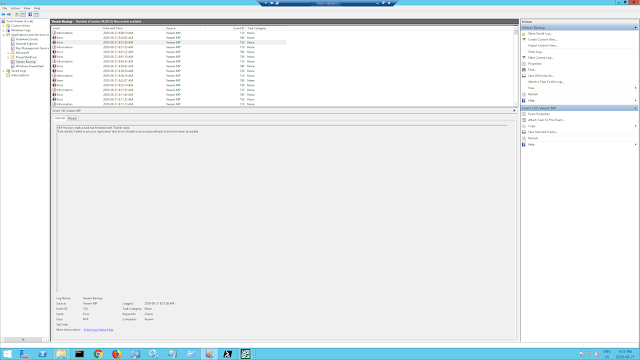 Even though I have 2 servers the Veeam licence is clearly a one way street, and backing up from the first server to the second server is fine, backing up from the second server to the first one is not.  If I had 4 core licencing instead of 2 this probably would have worked since these are both 2 socket servers.  Regardless of this minor issue, I still want to setup a failover to the server with the bad drive, because stuff happens.

So to reset the license to enable backup and replication,

Upgrading Horizon Web Services is unfortunately more/less a full reinstall of the Apache tomcat server and software which you can read my post about here.  This means you will have to re-apply any TLS certificate you have setup with your Horizon Web Services (which is a pain but do able).

On my previous post we installed Horizon Web Services 201709 (you can see the full version number in the picture) and now we are going to upgrade to version 6.0.2R2 from 201709 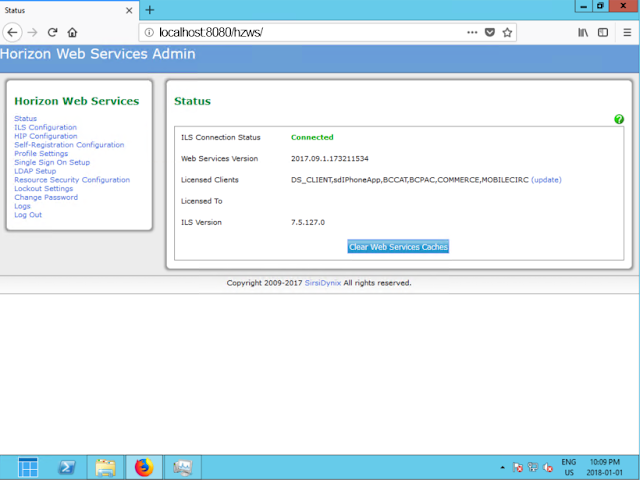 Now this is a few versions behind and since an upgrade to Horizon 7.5.5 from 7.5.4.1 an app produced by sirsidynix called mobilecirc (mobile staff) available for both android and ios broke and will not allow you to create/register new users.
Before you begin your upgrade you will want to backup your classes directory in the webapps  directory webapps\"YourHorizonWebServicesInstanceName"\WEB-INF\classes
It is safest to stop your service before doing the backup.  In this case "Apache Tomcat HWS" 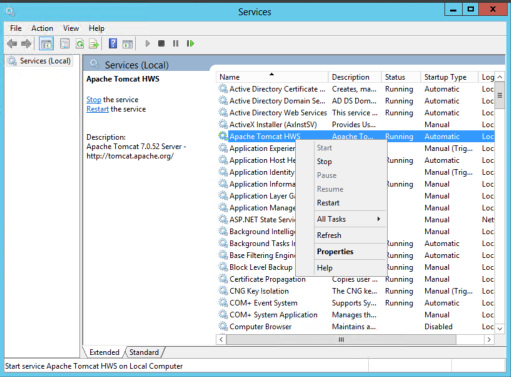 The web-inf\classes directory is in the web directory you setup when you installed tomcat typically "hzws" if you use the defaults.  I just backed up the whole web directory as a zip file. 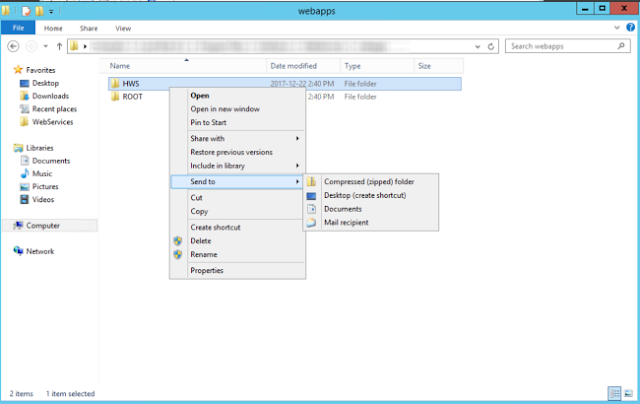 Then you should uninstall the version of Web services your using thought the program and features in the control panel.  Since 201709 is running on tomcat 7, and version 6.0.2R2 is on tomcat 8, this will also upgrade our tomcat install. 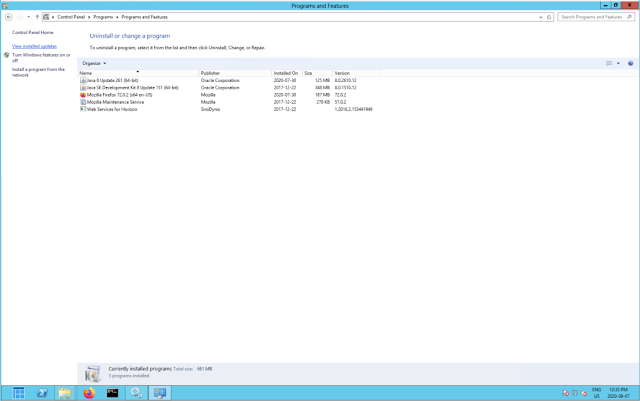 Once uninstalled reboot the server, and start the installation of Web Services you want to install in this case we are doing 6.0.2R2. 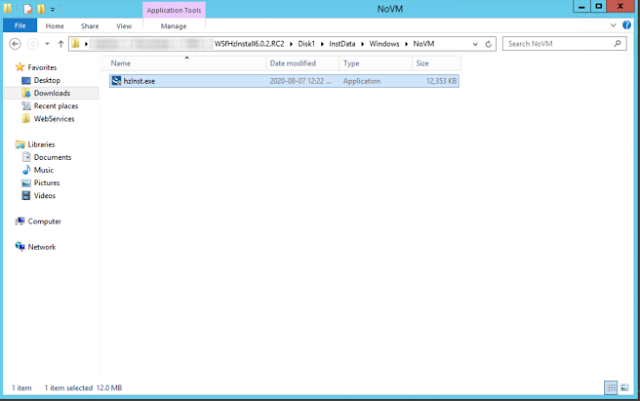 Now for the java vm I am selecting the latest version of java for this. 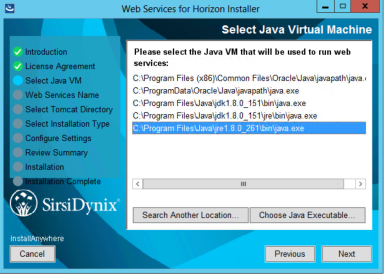 Then the rest of the install works just like in my post to install Horizon Web Services.  Once the install is done don't forget to go to Services and change the startup type to automatic. 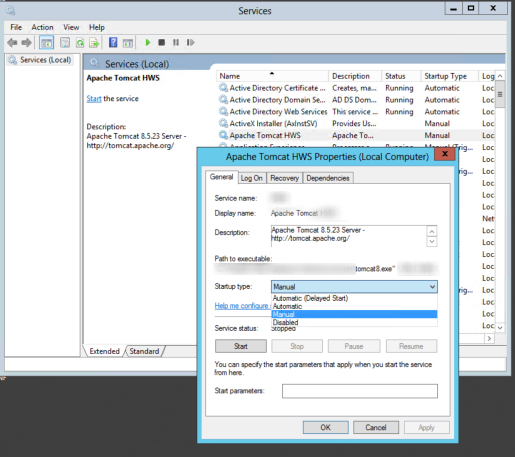 Once the service is started, you will have to fix the TLS certificate.  The installer resets all customized tomcat configurations.

You will have to edit the server.xml file located in Webservices\conf\server.xml and update your keystorefile,  keystorepass, and server values

Restart Apache tomcat and the TLS Certificate should be working properly. 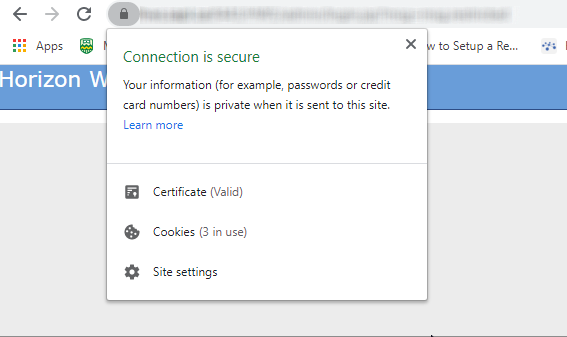